← more from
Saigon Supersound
Get fresh music recommendations delivered to your inbox every Friday. 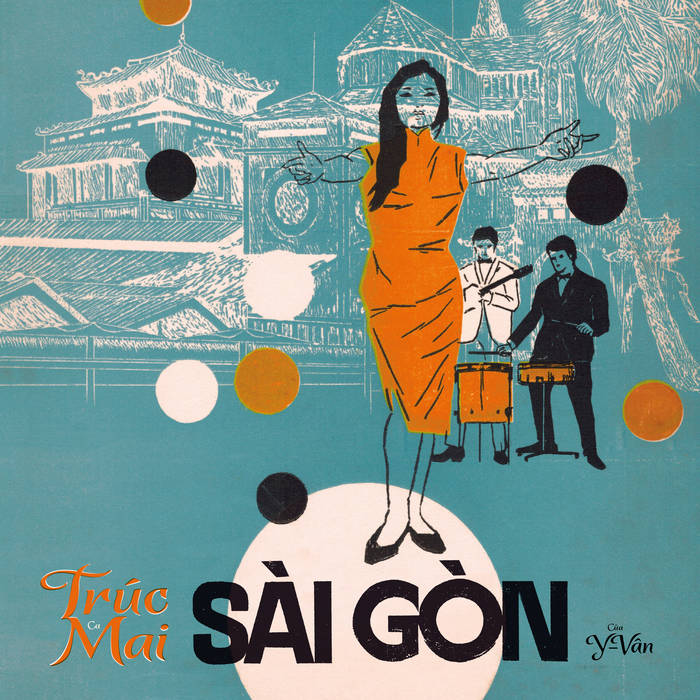 Sam Tweaks Bit of a find this one - the kind of track everyone will ask what it is when they hear me drop it. Favorite track: Sài Gòn (2021).

Not many cities in the world are gifted with a timeless anthem of their own. We all know “New York, New York”, a song widely known across its city borders. For many Vietnamese, the beautiful Cha Cha Cha tune “Sài Gòn” has a similar reputation.

The tune was written by Hanoi-born composer Y-Van. Like many of his generation, he moved to the South in 1954 after The Geneva Accords partitioned Vietnam temporarily into two states. There he became one of the most famous and prolific songwriters in South Vietnamese pop music. His revered songs are still sung and covered to this day.

“Sài Gòn”, which he wrote in 1965, was recorded for the first time by Saigonese-born singer Trúc Mai for the Sóng Nhạc label. It is one of his most iconic compositions and has been recorded countless times since.

Trúc Mai rose to prominence during the late 1950s as a popular headliner in the cabaret circuit of Saigon, earning her the title, "Nữ Hoàng Mambo" (the Queen of the Mambo). Her reputation helped make the 1965 recording of “Sài Gòn” an instant hit. It was so successful that it was one of only a few songs to appear on multiple 7” vinyl releases.

However, that same year, Trúc Mai took a seven-year hiatus from the music industry to take care of her family. But she returned in 1972 to record “Sài Gòn” again, this time with another producer, Duy Khánh – also a successful singer and musician. They released this track on his “reel 2 reel” tape series, “Cỏ May”.

After the war ended in 1975, Trúc Mai and her family left Vietnam to begin their new lives in the United States, where she continued her successful music career with the overseas community.

The Sài Gòn sung about in the song refers geographically to today's Districts 1 & 3 in Ho Chi Minh City, the name given in 1975, after reunification. But colloquially, the city is still affectionately called Sài Gòn by many of its residents, and even the airport retains the ‘SGN’ designation as its abbreviation.

Despite being recorded over 55 years ago, the unbroken popularity of this life-affirming ode to the city is proven when, whether in Sài Gòn or Hanoi; the south or north; whether young or old, when the song plays, everyone immediately joins in to sing along to the chorus…Saigon đẹp lắm Saigon ơi! Saigon ơi! (Saigon is so beautiful! Saigon oi! Saigon oi!)

The two pre 75 mixes are supplemented with an edit by Saigon Supersound producer Jan Hagenkötter who tries to preserve the vibes of the original and at the same time to wrap it in a contemporary garment.

Trúc Mai rose to prominence during the late 1950s as a popular headliner in the cabaret circuit of Saigon, earning her the title, "Nữ Hoàng Mambo" (the Queen of the Mambo). Her reputation helped make the 1965 recording of “Sai Gon” an instant hit. After1975, Trúc Mai and her family left Vietnam to begin their new lives in the United States, where she continued her music career. ... more

Bandcamp Daily  your guide to the world of Bandcamp

Semiratruth joins the show to discuss their latest release, "loading..".